Story Outline and Review – A Medal for Leroy

A Medal for Leroy by Michael Morpurgo -Story and Review 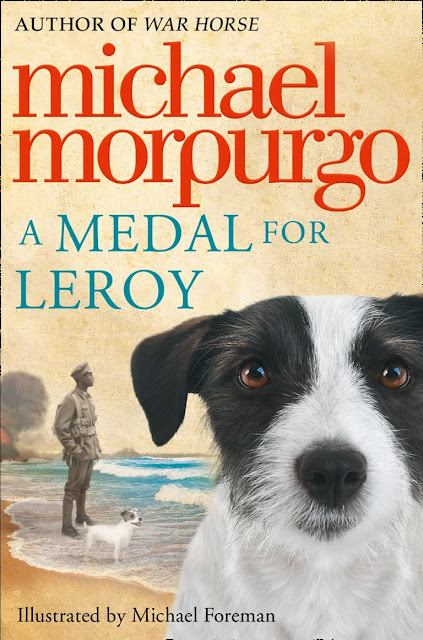 ‘A medal for Leroy’ is a thought-provoking and intriguing book by the master storyteller Michael Morpurgo. It is based on the true story of Walter Tull, a black soldier who fought bravely during the first world war but was not awarded for his extraordinary courage due to the color of his skin.

The story begins with a young boy, Michael, who lives with his mother. He knows that his father was killed in the 2nd world war, but nothing much beyond. His mother resists sharing more details, and Michael doesn’t want to hurt her by touching old wounds. Micheal has two aunts who live in the countryside, and Michael grows up understanding that his dad was adopted by them when he was a small kid. Many years later, after one of the aunts- Aunt Snowdrop, dies, Michael receives a photograph and letter written by her during her last days in the hospital. Through the letter, Micheal learns about his father and his grandfather. As he assimilates all the information in the letter, he gets acquainted with his family in the true sense. He gets introduced to his grandparents and their story and the secret kept from him all this time.

Along with it comes the revelation about his grandfather, who never received any reward or recognition despite having fought bravely in the war and giving his life for his country. Michael learns about the gross injustice done to him just because of his skin color. Many years later, Micheal, now an older man, tries to get justice for his grandfather.

This book subtly highlights how, due to racism, many blacks were deprived of higher ranks and leading positions despite being capable and talented. It brings to light how their efforts were not recognized, and rewards and recognitions were restricted only to the fair-skinned. Thousands of unmarked graves in France and Belgium bear testimony to his injustice. This book, written in simple language for 10-12-year-olds, introduces children to systematic racism through the life of Leroy, a brave soldier and Michael’s grandfather.

It is certainly an interesting and thought-provoking book. I would recommend it.

Check out this book trailer video: