Story Outline and Review-Escape from Shangri-La

Escape from Shangri-La by Michael Morpurgo 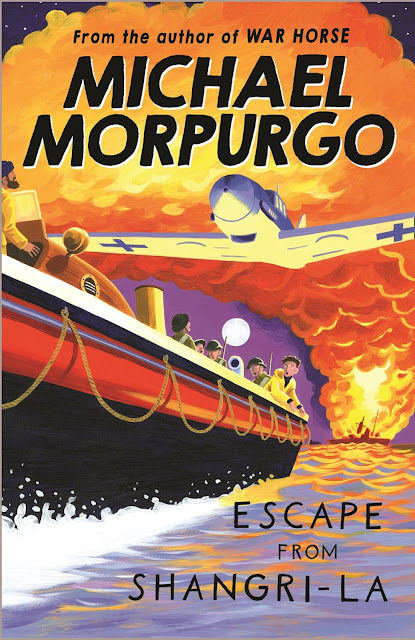 ‘Escape from Shangri-La‘ is a story that has 4 characters – Cessie ( a 12-year-old girl), her dad-Arthur, her mom, and her grandfather, Popsicle. Cessie lives with her parents. One fine day, Popsicle turns out of nowhere and tells her family that he is Arthur’s father, who had separated from him 50 years ago. The family is quite surprised and curious to know more, but unfortunately, Popsicle remembers very little from his past. While the mother and daughter accept him and try to make all efforts to make him feel at home, the father is very reluctant and finds it hard to accept Popsicle into his life.

Cessie-nearly a Teenager-goes through a very emotional journey as she gets deeply attached to her grandfather, empathizing with him as he struggles to regain his memory. Often, she finds herself failing to understand her parents, and their actions and reactions, leading to altercations and disagreements. Meanwhile, she also has her challenges with classmates at school which she needs to tackle. She is sometimes confused and sometimes very determined. She sometimes feels vulnerable and scared, while at other times, she feels emboldened and decisive. But she is sure of one thing- That she wants to help Popsicle.

Eventually, Cessie does succeed in doing so. Together she and Popsicle set out on a journey to find the answer to a question that has been troubling Popsicle for a long time. Like most of Micheal Morpurgo’s stories, this one has a happy ending with a reconciliation between the father and son and the former getting complete acceptance into the family. It’s a story about relations – teaching us to be more tolerant, to forgive, and be more accepting.

A ‘nice feel-good book,’ but I felt some loose ends in the story. In some parts, the author could have delved a bit deeper, which would have helped the reader better understand and appreciate the rationale and reasons behind the specific actions of some characters in the story.

Check out another book by Michael Morpurgo called ‘ A medal for Leroy’ that I have reviewed here.