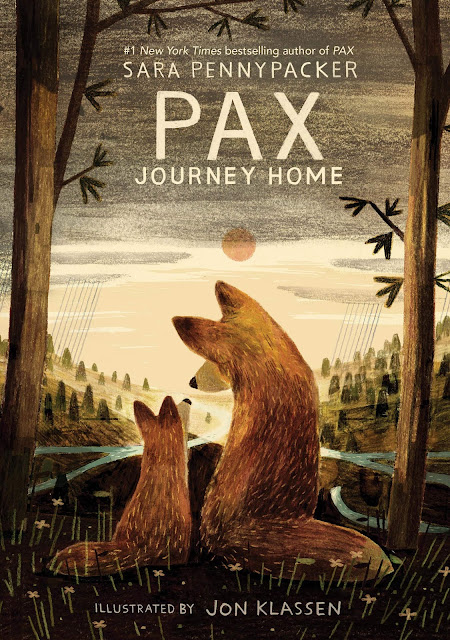 Pax is a story about a young boy named Peter and his pet fox, Pax.

The back story is that Peter brought Pax home when he was just a kit( left alone in this world after his parents got killed). Peter and Pax grow up together and, with time,  get very emotionally connected and inseparable.

But things don’t stay so happy and joyful for long. War is just around the corner, and Peter’s father enrolls himself. Peter’s mother is no more. With no one else to take care of Peter, his father decides to send him to his grandfather’s place while he is away. And about Pax – he chooses to leave Pax back in the jungle. At this, Peter is distraught, but he has no choice but to let go of Pax.

As Peter reaches his grandfather’s house, he feels sorrow and guilt. He feels he did wrong to himself and Pax by leaving Pax in the forest. He is also afraid that Pax won’t be able to survive in the wild. The very thought of it makes him very scared. Not wanting to waste any more time, Peter runs away from his grandfather’s house and heads toward the forest where he had left Pax.

Meanwhile, Pax is alone, lonely, and hungry in the forest. He struggles to get food as he doesn’t know how to hunt. He manages to find some foxes, but they don’t accept him immediately as he has the ‘human smell.’ But for Pax, the essential task is to find Peter. He acknowledges the love and sympathy that Peter always gave him and is hopeful that Peter will come looking for him.

The story continues with alternating chapters on Peter and Pax, through which the reader gets to understand each one’s perspective as they both endure a long and treacherous journey as set off looking for each other. Each one goes through his own set of struggles, setbacks, and dangers before they finally meet each other.

But after they meet, will life be the same again? Will Peter and Pax be together again, or does the future have something else planned for them?

It’s a beautifully written book with some beautiful illustrations. The vivid descriptions of the sights and sounds of the forest are a feast for nature and animal lovers. The author has done much research on animal behavior, which becomes evident as one reads the ‘Pax side’ of the story.

In between, the story becomes a bit dragged for a couple of chapters, but towards the later chapters, it again picks pace. It gets concluded with a beautiful end. This book is suitable for young readers, 12 and above, especially those who love nature and animals.

To know about other such exciting books, click here.