Scion of Ikshvaku -Storyline and Review 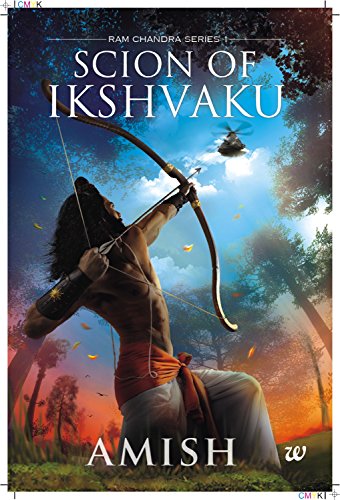 This book is the first in the Ram series, written by Amish Tripathi. The author has used his usual style of taking characters from Indian mythology and using his imagination to create a story by fusing together- his fantasy with the original story ( the way it has been widely known). Unlike the Shiva Trilogy, this one didn’t quite hit the mark.

For ardent fans of Ram and Ramayana, this book may be a bit of a disappointment. With the intent of writing a fictional story, the author has freely used his imagination to alter the characters and their roles, important events, and the causes of those events, etc. Even if the reader brings himself/herself to accept it as a work of pure fiction, some very evident flaws are hard to ignore.

First and foremost is that the story is just too simple and bland. It just seems like a series of events put together in the correct order to make a logical storyline. It has more of a textbook feel to it than that of a novel. The reader doesn’t feel connected with any character to like or dislike them. The lack of emotional connection with the characters makes the story appear bland. Many characters in the book are just introduced and left. The author hasn’t done much to describe them or their relationship with other characters. For example, we don’t get to know much about Lakshman and Shatrughan’s relationship with each other or with their parents – Sumitra and Dasrath. The Relationship between all 4 brothers is described well, but again, the lead characters Ram and Sita lack chemistry.

Interspersed mention of Nagas, Land of the Parihas, Somras, etc is an attempt to connect the story with the Shiva series. It doesn’t add much value to the story. Moreover, those who haven’t read the Shiva series can feel lost.

I somehow dragged myself into finishing the book. The story ends with a small clue about Sita, which makes the reader curious and acts as a pointer to the next book in this series. But unlike in the Shiva series, the bait is not good enough. The reader doesn’t have much to look forward to.

Check out my Books page to know about other books that I have read.