The One and Only Ivan -Storyline and Review

The One and Only Ivan 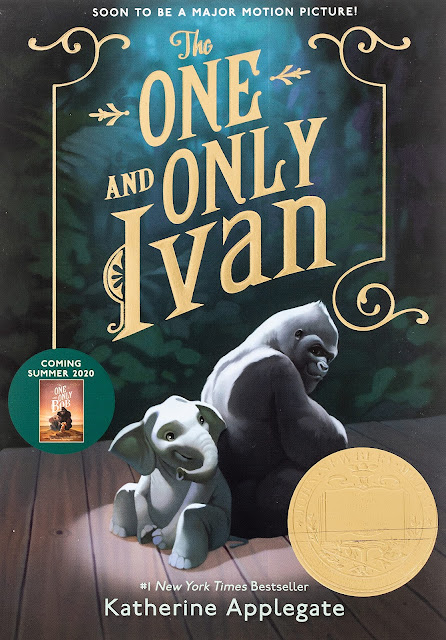 The One and Only Ivan is a children’s book by Katherine Applegate. The book is about a silverback gorilla named Ivan, who has been living in captivity for several years. He lives in ‘his domain’ at ‘Big Top Mall and Video Arcade’ along with an adult female elephant named Stella and a stray dog- Bob.

Ivan is content with his life and lives happily with his friends, spending time entertaining visitors, drawing, and watching TV. But Stella sees the world the other way. She remembers a great deal about her past and dreams of living a life of freedom, perhaps in a zoo, if not in the wild. Stella suffers from an injury that eventually takes her life. Stelle leaves the world, with her dreams unfulfilled. The shock and sadness of parting with Stella leaves a deep impact on Ivan’s mind. Then comes Ruby, a young female elephant, as a replacement for Stella. Seeing Ruby, Ivan decides to rescue Ruby and promises to free her and do all he can to ensure a better life for her. At no cost does Ivan wants Ruby to have a similar fate as Stella.

But in this world full of ‘all powerful’ Humans, what can a Gorilla do? Is the determination to achieve something and a promise given to someone enough to achieve his goals? This is a question that he ponders about many times until finally, he gets an idea. He believes that in the same way as there are ‘bad humans,’ there are ‘ good humans’ too who will help him. With his ingenious idea, Ivan succeeds in getting himself and Ruby free, thus ensuring a better life for both.

The novel is written in the first person from the point of view of Ivan. It is a simple story, yet it truly captures the pain and agony animals suffer at the hands of humans. It gives the reader a perspective from the other side and evokes empathy for these helpless creatures. The end is a happy one for Ivan, wherein he finally lives the rest of his life with a family. Ivan’s story turned out to be a happy one, but this thought-provoking book, brings to light, the pathetic conditions under which animals in captivity live and sensitizes us to treat them with more care.