The Silent Patient-Storyline and Review 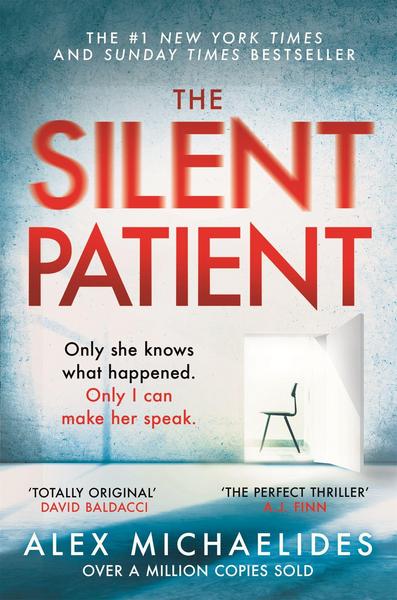 ‘The Silent Patient‘ is a riveting story, a thoroughly enjoyable read, and an enthralling experience for all those who enjoy thrillers and murder mysteries.

The story revolves around two main characters – Alicia and Theo. Alicia is a famous painter, married to Gabriel – a fashion photographer, living in a grand house in seemingly marital bliss. Her life seems perfect until one evening, after Gabriel returns from work, Alicia shoots him five times in his face. Alicia becomes all silent after this. Unable to get any statement from her and considering her condition, the court sends her to The Grove, a treatment center, where she spends several years under psychiatric care, completely in silence, not revealing anything to anyone. All attempts to make her speak go in vain as she refuses to utter even a single word. The only communication from her side is a picture that she paints after killing her husband – The painting is named Alcestis.

A psychotherapist, Theo, is deeply interested in Alicia’s case and wants to understand the motive behind the killing and the reason for her silence. He secures a job for himself at ‘The Grove’ and becomes Alicia’s psychotherapist. As Theo starts investigating, he unravels many details about Alicia’s life – her family, her friends, her work, and most importantly, her past. But despite several attempts to make her talk, he gets only silence from Alicia. Finally, one day, she hands him over the diary in which she had recorded her everyday life until a few days before the murder. This gives Theo a much deeper understanding of her. Now, Theo believes that he has won her trust. But does Alicia have the same feeling? Does she really trust him, or does she have other motives?

Finally, Theo gets her to talk too. But does Alicia tell him everything truthfully? Is Theo able to extract all the truth from her, or does he have some limitations that stop him from doing so?

The book has all the elements that keep the readers hooked to it till the end. The author cleverly intertwines Theo and Alicia’s story and unearths the mystery at the end brilliantly and in a pretty unpredictable manner. An excellent read for all mystery lovers.