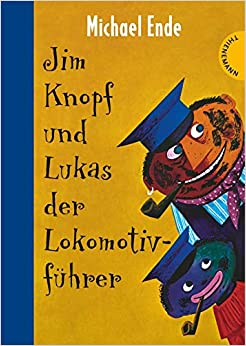 The story starts on a small island, Lummerland, ruled by King Alfons. Engine driver- Lukas, with his steam engine Emma, the shopkeeper Frau Waas, and Herr Ärmel live on this tiny island. One day the postman brings to the residents of Lummerland an unusual post- a baby in a basket! No one knows anything about the child, but they decide to take care of it. Lukas names him Jim, and as Jim grows, he becomes Lukas’s best friend and companion. Frau Waas raises him and becomes a mother figure for Jim. When Jim turns 14, the king summons Lukas to his castle and says that Lummerland is too small to house so many people. As a solution, he proposes that Lukas separate from Emma. However, since both Jim and Lukas don’t want to separate from Emma, they secretly leave the island at night with Emma.

From here starts a long sea voyage and a series of adventures, where they discover new lands, encounter strange creatures, and even rescue a princess.

Their most significant achievement is capturing Frau Mahlzahn, a dragon that had captured the princess. Frau Mahlzahn would later transform into the Goldenen Drachen der Weisheit(Golden Dragon of Wisdom), who eventually guides them on their adventures in the 2nd book in the series ‘Jim Knopf und die Wilde 13’.

The book is full of vivid images which are totally out of the world. Children might find it interesting as it takes them to another world where creatures never seen or heard of exist and the unimaginable is possible. Michael Ende vividly describes the scenes and the adventures and takes the reader on this fantastic journey with Jim and Lukas.