The Secret of the Nagas-Storyline and Review

The Secret of the Nagas 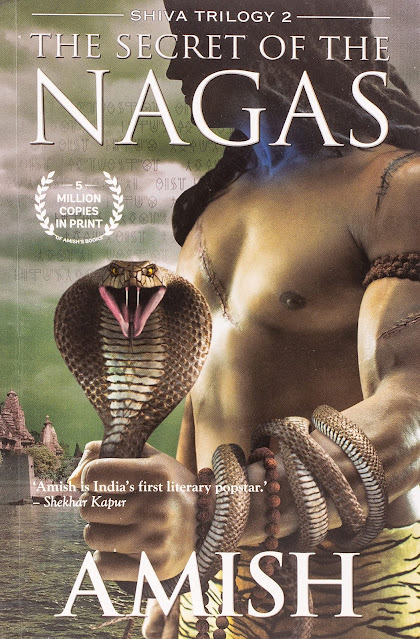 In this book -‘ The Secret of the Nagas,’ the story continues from where it was left in the first book -‘ The Immortals of Meluha.’ In the first book, after declaring war and winning it against the Chadravanshis, Shiva realizes that he has made a mistake. The search for evil doesn’t end with war. To avenge the killing of his close friend, Brahaspati, Shiva has to continue searching for the Nagas. But are the Nagas the real evil?

As Shiva, Sati, and their supporters continue their quest, the Nagas confront Sati. What follows is a revelation of their story. Although the 1st book hints at the reality of the Nagas, the 2nd book completely discloses their secret. This raises some big questions about Sati’s past, her father- Emperor Daksha’s morals, and the very foundations on which the empire of Meluha is built. With the question about ‘ Evil’ still not answered, they travel through the breadth of the country to reach ‘Panchavati’ – the land of the Nagas, for the ultimate revelation.

As the story progresses, many interesting characters like Parashuram, Ganesha, and Kali get introduced, and their stories contribute very relevantly to the main storyline and seamlessly blend into it. The role of the Vasudevas adds an element of mystery; Parvateshwar and Anandamayi’s story adds charm, and the inception of new relationships in Shiva and Parvati’s life makes the readers curious about the outcome of it all. The revelation at the end of the book leads the reader to pick the 3rd book in the series almost instinctively.

The book makes one ponder how circumstances can play a huge role in molding people and their behavior. It makes one question age-old customs and traditions that may not seem right today. Most importantly, it emphasizes the importance of knowing nothing but the complete truth before turning our thoughts into actions.

Check out my article about the 3rd book in this series, ‘The Oath of the Vayuputras‘.