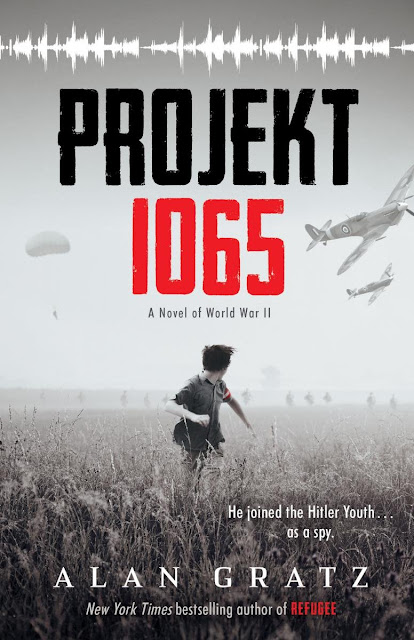 ‘Project 1065’ is a story about Michael O’Shaunessey, a 13-year-old Irish boy, living with his parents (who are Irish ambassadors)  in Germany in 1943 when WWII is in full steam. To everyone, Micheal seems like a regular boy living with his parents, attending school like other kids, and serving the country by being a part of the Hitler youth. But Michael is not a Nazi. He is a spy.

Ireland has taken a neutral stance during the war and has an embassy in Berlin. Micheals’s parents work there. Together they and Micheal pass on important information secretly to their allied partners and risk their lives every day while doing their job.

Project 1065 is the code name for the secret project undertaken by Germany. It involves the design and development of fast jet planes. This project, if successful, would give a significant advantage to Germany against the RAF. Especially after the defeat of Germany in the battle of Stalingrad, wherein Germany has lost more than 250,000 soldiers, Germany is desperate. Youths, 16-18 years of age, are positioned at the war front, and teenagers are trained to use guns and ammunition.  This new engineering breakthrough is a ray of hope for Germany and can potentially turn the war in their favor. Micheal wants to get his hands on the project blueprints. But it is not so easy. The blueprints are at his friend’s house, and he has to use stealth, tactic, and even deceit to get his hands on them.

The author takes the reader through a range of experiences that Michael goes through to fulfill his duties as a Spy – the sacrifices he makes and the helplessness he feels every day when he has to turn a blind eye and resign himself to things he thinks are wrong and unacceptable. At a tender age, he learns why and how many small sacrifices must be made for the bigger good.

The book is quite engaging and is suitable for middle school readers. There is some scope for improvement in plot development. Still, the backdrop of war and the inclusion of actual historical events and people into the story – like the Kristallnacht, the Edelweiss Pirates, the Hitler youth, the battle of Stalingrad, the development of the Atomic bomb, and the constant effort for both sides to poach scientists – make the story palatable for the adult audience too. The author’s note, in the end, is a must-read and gives a better understanding and adds meaning to this historical fiction.

All in all, it is a captivating read and a page-turner.