The Immortals of Meluha-Storyline and Review

The Immortals of Meluha 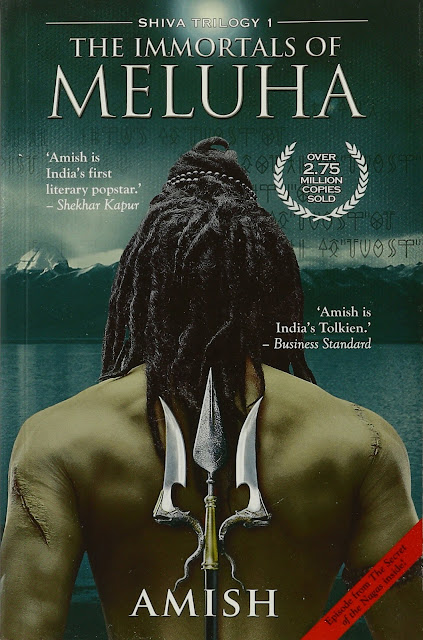 A work of pure fiction – The Immortals of Meluha is a wonderful read and a definite page-turner. It is the first book in the Shiva Trilogy series.

The author can be fully credited for his excellent imagination and for weaving a sound story with characters that seem so real.

The story starts when Shiva, the head of the tribe from Tibet, is offered to move to Meluha – a perfect empire once ruled by Lord Rama. Meluha, though very organized, planned, and prosperous faces many threats and dangers from nearby kingdoms and tribes. Meluhans are on the lookout for the Neelkanth, who, according to a legend, will be a foreigner who will come and save them and destroy all evil. Once the Meluhans recognize Shiva as the Neelkanth, they are convinced that their savior has arrived and he will lead them to the ultimate path towards prosperity by ridding them of all evil. On the other hand, Shiva is unsure how he would do so. He sees himself as an ordinary man who has landed in a foreign land, a kingdom far superior to his own, and people who already seem to be living in a near-perfect world. He is unable to fathom the reason behind this blind faith.

Instead of going by the definitions of good and evil presented to him by various people he comes across, he starts a journey of self-realization and starts reasoning and rationalizing about the world around him and, most of all, trying to understand the real meaning of evil. However, as he journeys, he faces some tough questions, to which he tries to get answers. Ultimately his quest leads him to question the very reason for his existence, which is to destroy all evil.

The story has adventure, war, and love interwoven with sentiments of trust, belief, and self-realization. There are stories within stories and many characters, but the author has written the book in simple language so that the reader doesn’t find it confusing or overwhelming. The use of known characters from Indian mythology, like Sati, Nandi, Daksh, etc, makes the narrative relatable. It is an excellent blend of the history and geography of India and mythology with a beautiful imagination to bring about a wonderfully written story. A great read for fiction lovers. Not a book for people looking for real stories related to characters from Hindu mythology. As one approaches the end of the book, the zeal to read the next book is already built up.

The 2nd book in the series is ‘The Secret of the Nagas‘ and the 3rd one is ‘The Oath of the Vayuputras.’ Do check out my articles on these books too.