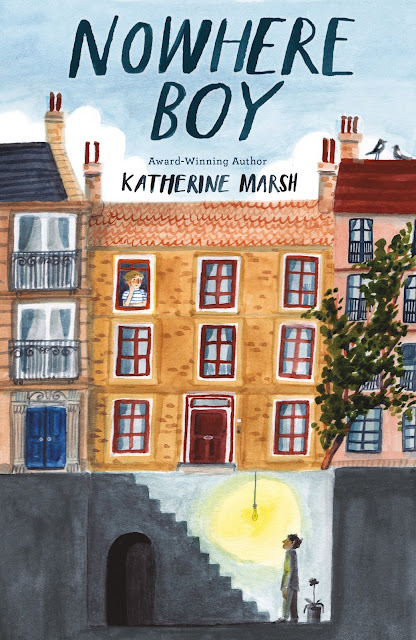 ‘Nowhere Boy’ is one fantastic read I recommend to everyone, irrespective of age.

It is the story of Ahmed ( a 14-year-old Syrian boy who lands alone in Belgium) and Max (a 13-year-old American boy who also comes to Belgium with his family). Ahmed has spent all his life in Syria and loves his country, but the war forces the family to leave their homeland and find an escape route through Greece into Europe. Ahmed has already lost his mother and siblings in a bomb attack. Now, in an attempt to escape, he and his father get fake passports done and board a rubber dinghy to reach Greece through the sea route.

Tragedy strikes and Ahmed loses his father in an accident in the sea. With the help of another family, Ahmed manages to reach Belgium, but here, he has no friends or family. All he has, is a little money, a phone, a watch, and a fake passport. After failing to find an escape route to England from Calais-France, through a smuggler, Ahmed wanders in the streets until he finds a secret refuge in the basement of a house. Max – the American kid, lives in that house with his parents and elder sister. They have also recently moved to Belgium. Max doesn’t like the new place and wants to return to Washington DC, where he has his old friends, school, and home.

Weeks pass by. Ahmed continues to live in the basement unnoticed and undiscovered by anyone until one day, Max finds him. After understanding his story, Max empathizes with him and wants to help him out. With the help of his school friends, Max manages to get Ahmed admitted into a school. For a short while, things start looking normal as Ahmed attends lessons at school, plays football with his friends, and lives everyday life. But in the country, things are far from normal. After the terrorist attacks in Paris, the situation is tense. Attacks in Belgium make it worse. The police are on the constant lookout, and Muslims, particularly, are seen with suspicion. In the end, it comes to the point that Max plans a great escape with Ahmed. Inspired by the story of Albert Jonnart and Ralph Mayer, Max wants to help Ahmed the same way as Jonnart- a Belgin Lawyer had helped Ralph, a Jewish Boy during WW2 many decades back. Saving Ahmed and helping him gives Max a purpose, and he does everything he can to achieve it.

There are many things that I liked about the book. The author, Katharine Marsh, has very effectively sensitized the reader about some of these issues:

It is a meaningful book, a definite page-turner, and indeed a book with a beautiful message.